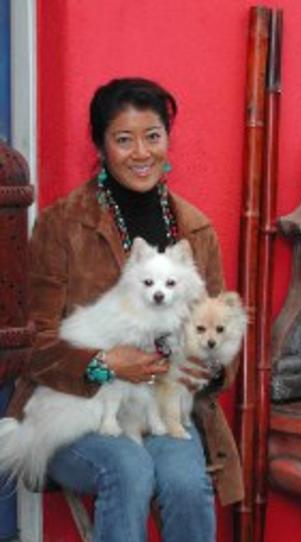 Miye “Mimi” Matsumoto has always maintained an interest in various creative pursuits. Born in Berkeley, California and raised in Oakland, California, she attended the University of California at Berkeley, where she received her BA in Art with an Art History Minor.

While at UC Berkeley, she took costume design classes for Theatre which triggered her interest in the profession. She worked as a freelance floral designer while designing costumes for a few local theatres in the Bay Area. The Woodminster Theatre, in the Oakland Hills, the Asian American Theatre Company in San Francisco, were some of the prominent theatre companies she worked with in Northern California. Mimi then moved down to Los Angeles to pursue, and receive, her MFA in Costume Design for Theatre from The University of California at Los Angeles. While first living in Los Angeles, she designed for the Audrey Skirball-Kenis Theatre, the Tamarind Theatre, and Theatre 40, as well as designing for a number of UCLA theatre productions as part of their Masters Program. She then moved on to costume designing for Film and Television.

Mimi has designed the costumes for a wide range of movies, television, and theatre, which have ranged from comedy, drama, musicals, sci-fi, action and horror, both for adults and children.

Her work has taken her throughout California, the majority of the western states, the Blue Ridges of Virginia, the oceans and beaches of the Hawaiian Islands, and Japan. She always enjoys working in new locations.

Mimi also does wardrobe styling. She has experience in many types of commercials as well as print work. She has styled a wide array of commercials from the silly to the serious and relishes the various creative challenges that each presents.

She enjoys working in any medium that employs her creative talents and likes the collaborative effort of seeing scripts and commercials brought to life on screen.

She splits her time between her homes in Santa Fe, New Mexico and Venice, California. Both locations indulge her love of the outdoors and are artistic, creative environments. Mimi enjoys traveling to new countries and learning about other people and their cultures. Besides travel and floral design, her other interests include skiing, house remodeling, painting, sewing, knitting, designing jewelry and cooking. She enjoys experimenting with new recipes and trying them out on willing friends who are happy to be her culinary guinea pigs.